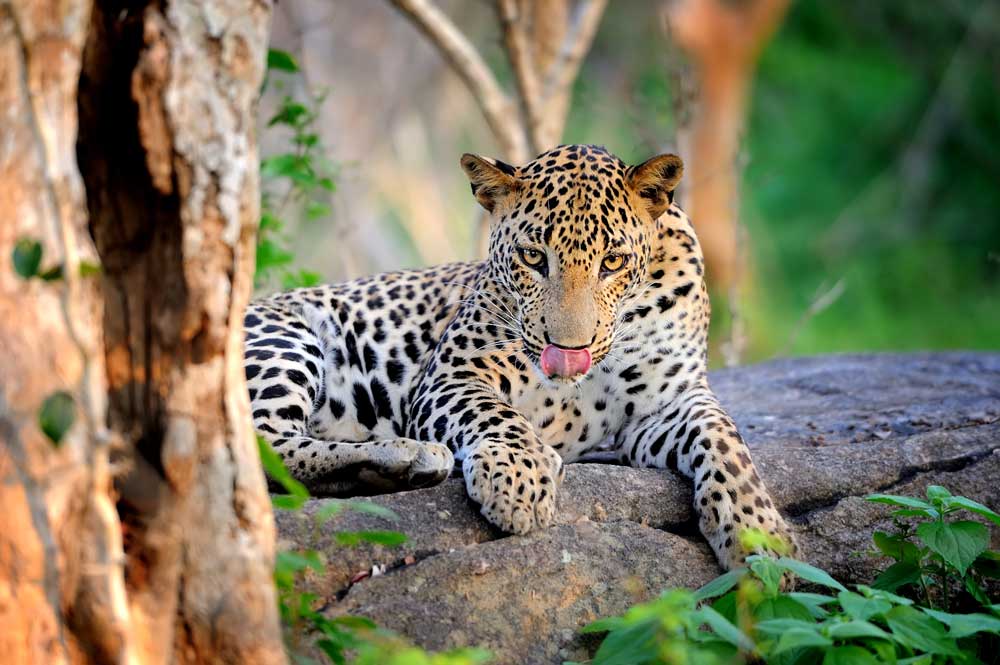 Where is Wilpattu and how to reach there?

When you travel to Wilpattu the most practical access is from Colombo is through Negamobo, Chilaw and Pullatam. The scenic route and the quick change of climate tells you the many different climatic zones you can experience on the small island of Sri Lanka. The park office is along the Puttalam Anuradhapura road and you need to obtain your permits to visit the national park there. The place you are staying sometimes organize the tour for you. But if you are willing to do this all by yourself guides are available at Hunuwilgama, 8km from the turnoff to the park.

The most remarkable feature of this park is the focus on smaller natural lakes within the park. In Sinhalese these are called “Villu”, thus giving the national park its name “Willpattu”. The western part of the park is a deeply forested area and in certain places, you may see thorny bushes reminiscent of the southern forests of Sri Lanka. If you have toured Yala National Park before, these thorny bushes won’t be new to you. But in Wilpattu you can see age-old magnificent trees covering a vast area of the park. Some of these trees are unique to south Asia filled with various fruits that you’d only taste in a country like Sri Lanka.

What to expect in Wilpattu?

The main attraction in Wilpattu is the Sri Lankan leopard and sloth bear.You’ll be amazed to know that the national park preserves the highest number of South Asian leopards found in a single territory. You can also catch a glimpse of barking deer. Wilpattu is boarded to the north and south by 2 main rivers of Sri Lanka that feeds the forest and the surrounding area, the Modara Gamaru River towards the north of the park and the Kala Oya to the south of the park.

Wilpattu is not only famous for its wildlife but also its archaeological and historical importance. The legends say indigenous people of Sri Lanka lived in the North of the forest near the beach When the legendary Prince Vijaya landed in Sri Lanka. Mesmerized by the beauty and the pleasing nature of the bronze beach he landed on he named the island “Thambapanni”, the land of the bronze sand. Archaeologists still do research on this early history of Sri Lanka with runs back to the 5th century B.C. Your guide will narrate to you many fascinating stories of the legends of  your Sri Lanka Trip

You are most likely to witness The Sri Lankan Leopard as they rest in the sand or as they drink water from one of the sand basins. Sri Lankan Leopard or “Kotiya” is a recognized subspecies of the Indian Leopard and is currently the largest species of leopards living in Asia. The Wilpattu National Park is famed for the opportunity it offers you to film and photograph this wonderful animal. Whether you are a professional photographer or not you are sure to capture that insta-worthy click of a leopard in a tropical Asian forest. Since there are many Leopards in this national park they are often seen lying near the Park’s many villus or enjoying the sun. In addition, Wilpattu is also home to Sri Lankan Sloth Bears, who are highly threatened with less than 1,000 numbers currently living in the wild. These bears are not as big as those seen in the west, but once irritated, they can be as aggressive as any other bears. Sloth Bears love to eat the specific type of fruits called Palu that is often seen in the park. These enormous trees hold the most delicious and sweetest of Asian fruits that attract many wild animals. From June to July when these trees bear fruits, sloth bears become their most frequent visitor. Observing such endangered animals in the wild is an amazing experience that you must include in your Sri Lankan Itinerary. This National Park offers you an expedition to an untouched and undisturbed forest where its wildlife is treasured and protected.

On a Wilpattu Safari, you have the chance of encountering 31 species, of which 4 are threatened. These are the Sri Lankan Elephant, Sri Lankan Sloth Bear, Sri Lankan Leopard and the Water Buffalo. Other animal species that can be seen on safari drives are the Sambar and Spotted Deer, Mongoose, Mouse Deer, and Shrew.

If you love to watch birds, there’s no better place for you other than Wilpattu. Many species of Owl, Tern, Gull, Eagle, Kite and Buzzard along with the Painted Stork, Sri Lankan Junglefowl and the Little Cormorant can be found at the Wilpattu National Park. Wetland birdlife includes the Garganey, Pintail, Whistling Teal, Spoonbill, White Ibis, Large White Egret, Cattle Egret and Purple Heron.

Not only of the Mammals and the birds, but the national park is also a paradise for the different species of reptiles including Monitor Lizard, Mugger Crocodile, Common Cobra, Rat Snake, Indian Python, Pond Turtle and the Soft Shelled Turtle which reside in the villus. Your travel guide will give you specific precautions concerning stepping out of your vehicle as the forest and the thorny bushes are the kingdom of these venomous snakes.

This National Park can be visited throughout the year. But for the best safari experience, a visit during February and October is recommended as the rainy season is passed during this time.

Wilpattu experiences an extensive drought from May until early September and massive rains from September till December. The temperature of the forest is naturally high marking an average of 27’C. During your excursion wear simple cotton clothes and bring a hat or a cap.

Where to stay in Wilpattu?

An excursion to this national park of Sri Lanka is an incredible experience for you. The place where you stay will make the experience even more enthralling. Many hotels and villas are available in the area which will organize this engaging tour. If you are daring enough, you can always decide to spend the night in Wilpattu. Safari Camps allow you to spend the night in a forest filled with wild animals. Luxury camps of Wilpattu that are provided by many hotels and tour organizers will guarantee your safety while giving you a feel of the wild. Depending on your needs you can choose from traditional hotels to luxury tents to stay in Wilpattu. 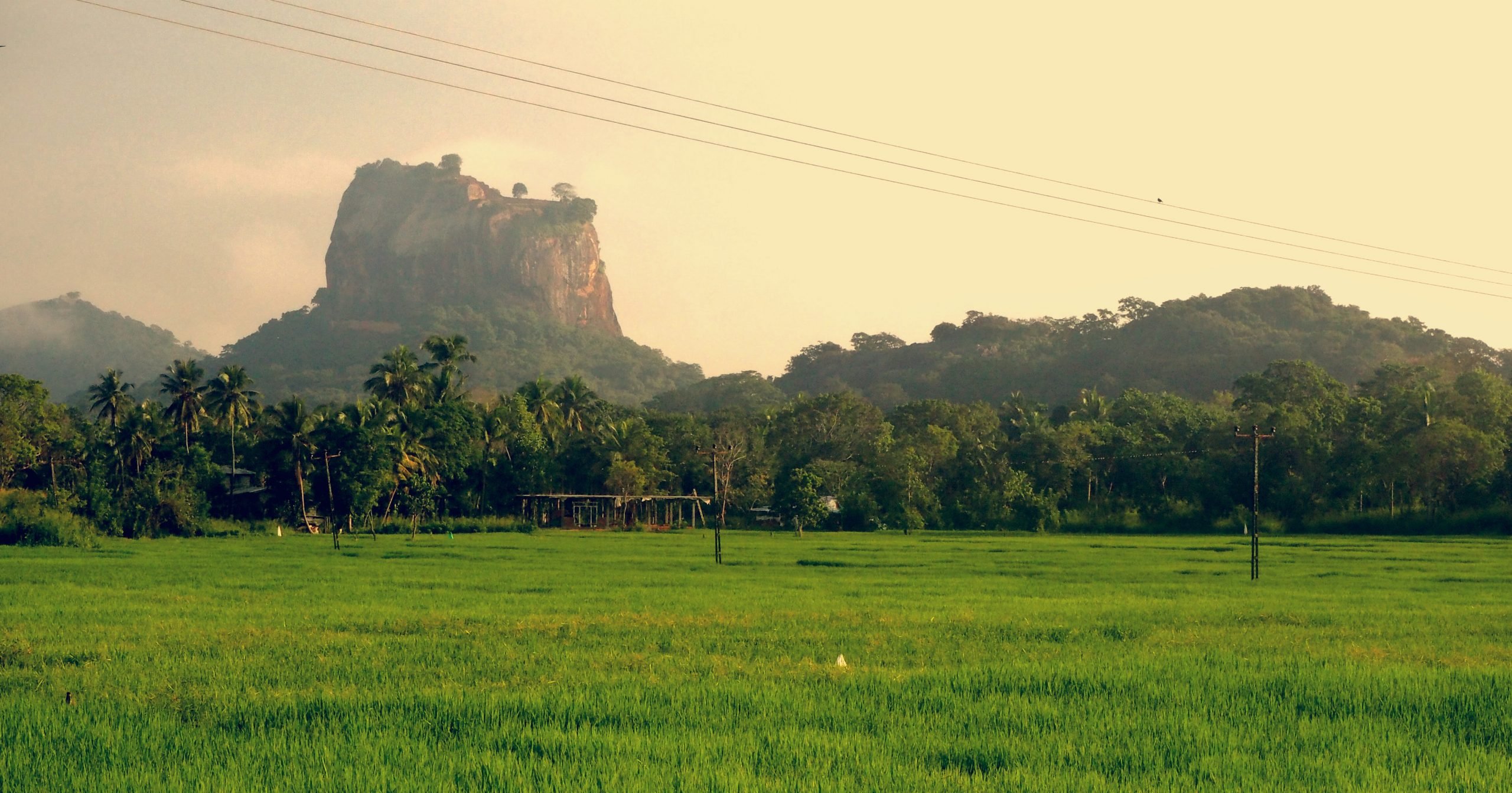 So you are planning your Sri Lanka holiday package and wondering what sites are worth a visit. You ca...